Last time, we watched which things belonging to a woman attracts a man. And in which order. Today we are going to watch our heroine check out this guy who just came into the bar. Or restaurant. Or office building. Or television studio audience.

The first thing our gal will check out is his posture. Most ladies like a tall laddie, but not one who slouches self-consciously. Head up, shoulders back, spine straight, and walk forward confidently. That’s the way.

She sees his rugged good looks, or boyish charm, or unique, quirky features along with his hair, but files them away for later. She might make a final decision with those things considered, but for now, she simply notices.

Who is he hanging with? If there’s a woman with him, and she is certainly not his aunt Sally, end of discussion. If he’s with his mates, having a good time, she may like that or may find him frivolous. How does he treat the waitress? Is he gentle, friendly, polite, considerate? Or does he snap out his order then complain when it shows up as he ordered it but not what he wanted? If the second scenario prevails, she is not interested. She doesn’t have to get dressed up and go out to be treated like that.

Clothes are important to a woman. Even if he’s just wearing jeans and a tee-shirt, they should be clean and the shirt should not say anything about mustache rides, jugs, or the political season. She’ll decide if she wants to talk to him without input from a shirt.

When he puts his money or credit card on the table, she’ll notice if his nails are clean. His hair has also been examined and if any foul odors are wafting around, that will put paid to the interest. Clean. Fresh scents. Not covering up something with a fruity-floral scent. His teeth should be straight and white enough to sparkle in the darkened room. She’ll notice.

Women do like to look at a buff, muscular body. In reality, our heroine is more interested in his intelligence and sense of humor. But if he does some exercise regularly for good health, that will show in the look of his skin, as well as any weight he is carrying. Some of us like teddy-bear men who like to cuddle. Some of us like a bean pole and some like broad shoulders. She will be checking him out. 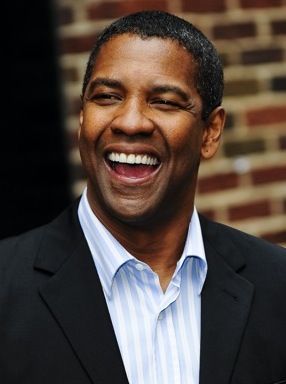 Given half a chance, and all the above bits meet her idea of nice, she’ll notice his skin. She may go so far as to undress him mentally. Skin is something you are aware of without being really aware of it. And lately, if he doesn’t have some ink somewhere, he’s missing a bet. Unless he wants to get his first tattoo with someone special. Awww.

She makes eye contact. She starts a conversation. His voice is her final test of sorts. Any doubt why Barry White is so popular for romantic evenings? Deep tones, sexy modulations, throw in an accent and she is hooked. Check the input from these women for more. http://thoughtcatalog.com/alice-l-carter/2014/10/41-women-share-the-first-thing-they-notice-about-men-but-never-admit-to/

Thanks for reading, I’ll be back on Thursday.