Welcome again to my short cut for tweeting what books I have read and movies I have seen. As a writer, I love to read across all genres. As a Romance writer, I enjoy finding the romance elements in the stories I read. However, my first read for the month is a hot Romance that I enjoyed more than I expected to. 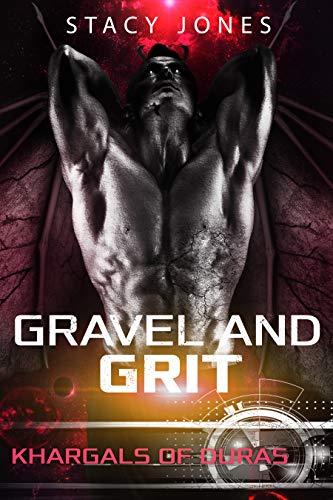 Gravel and Grit by Stacy Jones

Aliens who look like gargoyles (and whose race name is pronounce throatwarbler Khargal) have been waiting on earth for their rescue beacon in orbit to start sending out the SOS. It goes live which means all the aliens have to gather where the beacon is. Roswell sounds like a good place for it. And one of the scientist working there, whose boss keeps taking credit for her work, detects the alien device activating. Guess whose life mate she is? You’ll never guess! Okay, you probably have guessed. Anyway, the big alien grabs the beacon and the tiny woman and falls in love with her. She doesn’t seem to mind that he talks to himself because she talks to herself. There is a lot of good humor and a lot of well-written sex. Plus they don’t stop to have sex until it’s safe. Guess who is going to an alien planet for the rest of her life? There are more stories in the series, so I expect to catch them all.

A nicely done memoir by a pseudo-Victorian lady on a planet similar to earth but not earth. There be dragons here and science is just beginning to study the lizards. And women are not supposed to be interested in that sort of thing. Luckily, our writer finds the perfect man to marry, is allowed to study along with him and a wealthy explorer, and sets out to have adventures. There is a nice, sweet romance through the story but as this is not a romance, you won’t be expecting a happy ending. The sequel is on my to be read list. 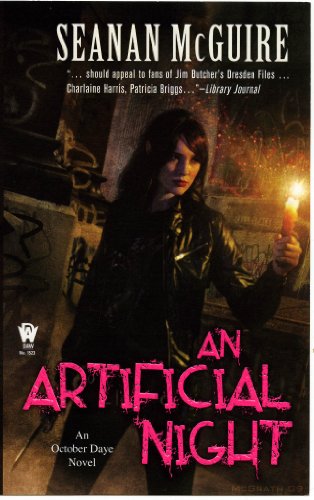 An Artificial Night by Seanan McGuire

Another October Daye story, continuing the world of San Francisco as the fay see it, and without any jokes about fairies, thank you very much. This one has a sharp edge to it, a hint of romance, and happyish endings for almost everyone. I will finish this series and get back to the Encripted series because I love Seanan McGuire’s writing. I am possibly going to give her Mira Grant stories another try.

Another series that I love and I’m sad there’s only one more novella to read now. Murderbot is one of the best characters I’ve ever followed, and in this story there are lots of things that frustrate her so that she has to go have an emotion by herself. The giggles are many, but you know that’s going to set you up for tears later on. Thinking of bots as beings that love and can be loved is a great concept and makes me think of all the prejudices we need to overcome as a human race. 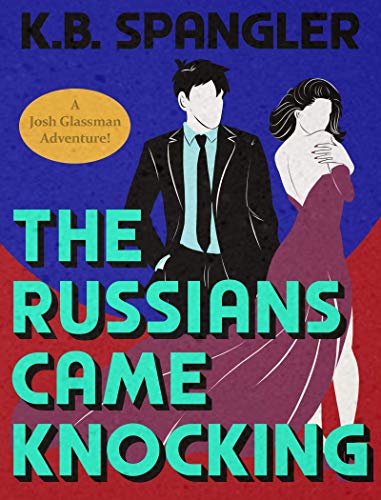 I’m about eleven chapters in to this first Josh Glassman book. He is the character many Romance authors want to write, an alpha with a pro-women streak and a few talents that can be scary. I think he invented the attack squirrel. Anyway, he’s met the love of his life and as this is not a romance, I am worried about the way this will go. He’s a cyborg, linked in to a whole group of nearly 200 other agents. He can turn off the link when he needs to. But overall, everyone knows what’s going on in his head. Rachel Peng from the first Spangler series I read, makes a quick appearance and ties the world together nicely.

Our favorite theater was sold out for a couple weeks on tickets at a time on a day we could see this. Therefore we were among the last of our friends to go see it. I never read any of these comics and had no idea what the story would be like. I loved it! I can’t express enough love and enjoyment for the time spent watching this one. Loved all the scenes, except maybe a few where Carol falls down. But she always gets back up again. In the words of this blogger, Clint Edwards, Captain Marvel came with an important message for girls of all ages. Basically, don’t trust cats. But also, you can do it as long as you keep getting back up. Whatever it turns out to be. Maybe getting a novel published.

I bought this DVD a while ago because I had heard it was a cute romcom. While I was sick, I popped it in, thinking I could at least sleep through it if I needed to. I never closed my eyes. Funny, Cinderellaesque, with a super hunky hero who likes her from the start, this warmed the cockles of my romantic heart while making me laugh so hard I couldn’t stop coughing. Worth it. Especially the scene where Toula’s dad is introducing the cousins, all the girls having the same first name. A real blast of a movie and worth looking up if you haven’t seen it.

Yeah. So I’m not a big Travolta fan, but I love Olivia Newton-John to pieces. I may be the last surviving fan of Xanadu and I can sing most of the songs by heart. I’d never seen Grease because my husband’s first wife watched it close to daily. You can get sick of anything if you have too much of it. That’s why I took advantage of being home alone and sick to watch it for the first time. I can understand how this movie reached out to people who had been teens in the fifties and early sixties. They captured the feel of the times better than many attempts. And they (the producers, writers, set directors, etc.) included little touches like Rydell High and songs by Frankie Avalon and Sha-Na-Na. I’m glad to have finally seen this classic.

Speaking of classics, the cast of this movie are far and above what you might guess from the title. The whole movie is better than the title. It’s one of my favs and this was the third time I watched it. Daniel Craig, Harrison Ford, Olivia Wild, with production input from Ron Howard and Steven Spielberg. The story is played straight, which apparently riled some critics who found the title silly. Based on a graphic novel by Scott Mitchell Rosenberg, keeping the title meant that fans of the book would not be confused. I had a lot of fun the first time I watched it, and I have fun every time I see it. Sure, you could have made it a romp in the old west, but what you have is certainly good entertainment. And I hve to point out that Daniel Craig has a horrible track record with women in this one.

A favorite movie in my house, and one responsible for my husband and I discovering Terry Pratchett. I like Bruce Willis, I love Gary Oldman, and I could get to like Milla Jovovich if I saw more of her movies, I think. And don’t get me started on Chris Taylor (Ruby Rod). He’s amazing. The diva, the priest, the aliens, the scientists, the cat, the McDonald’s, the police, the mugger, Corbin Dallas’s apatment, the details! So wonderful and fun. Of course, my husband always points out that one of the aliens is trapped in the pyramid when the Mondoshawans take off with the elements. Yet when Corbin, Leeloo, Cornelius, David, and Ruby return with the stones, there is no alien there. A great mystery.

Oh, and we received a book from a science fiction and fantasy book club and missed the date to send it back. I thought it was the Fifth Element, so we kept it on a shelf. Then we noticed it said The Fifth Elephant. God Bless Sir Terry Pratchett and his love of puns. After reading that one book, we were hooked and now have all in his Discworld series.

I’m listening again to my favorite Austen books in my car, and longing to see the BBC miniseries with Colin Firth and the best cast ever. But I no longer have those DVDs in my possession as I had to return them to the person who owned them and the price on the set was rather steep. It’s now more reasonable and I think I will get it as an Easter present.

But to try to sooth my longings, I watched the Keira Knightly, Matthew Macfayden movie. Oh, so disappointing. There is a nice quality to the scenes, the dog running through the house, the chickens in the yard. But they butcher the story to reduce it to movie length. And Donald Sutherland is much to nice to be Mr. Bennet. I think in a future blog, I may do a comparison on each, and try to drop some of my prejudices on the whole situation.

Thanks for reading, I’ll be back on Thursday. Here are a few nice hash tags to go with tweeting!