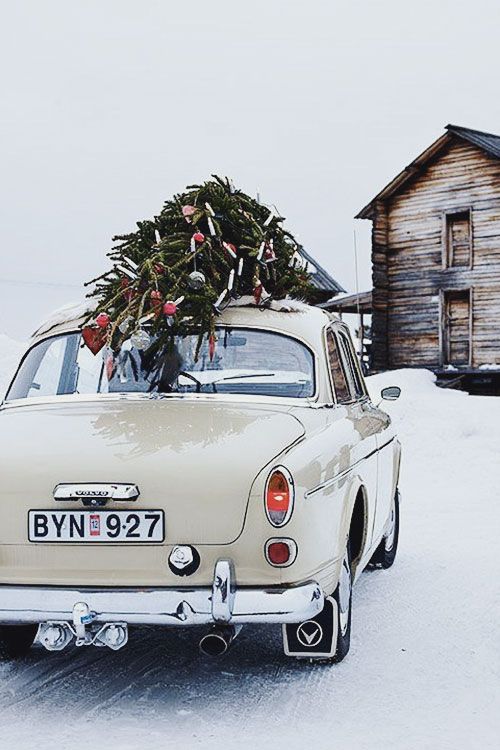 ‘Tis the season to spend every lasts penny you have buying gifts for people you have to spend time with and pretending to like the things they bring for you. That certainly sounds like a set-up for a great holiday romance where one person who is cynical meets another person who takes every day as it comes and looks on the bright side of everything. Your view of the holidays is entirely up to you. Honestly, you can change your outlook and create a month of joy-filled celebrations. END_OF_DOCUMENT_TOKEN_TO_BE_REPLACED

Once upon a time, a set of laws were handed down to people which included Honor your Father and your Mother. For many years after that, centuries, even, respect for parents became the norm. Reflected in literature and letters, multitudes feared the consequences of going against parental authority. These days, not so much. END_OF_DOCUMENT_TOKEN_TO_BE_REPLACED

Many people who know my husband and I are slightly envious of the relationship we share. We love each other and share a sense of humor. However, sometimes I think I have too much of a good thing. Mike is very affectionate and loves to touch me. When I am using a sharp knife to cut things up. When I am hurrying to finish something because of reasons. And when I have turned out my light at night because I am sleepy. Nothing wakes me up again like a loving man who wants kisses. Poor me! END_OF_DOCUMENT_TOKEN_TO_BE_REPLACED

Disclaimer: I love Milli Gilbert as a friend, a writer, an adviser, and a truly entertaining individual. We share similar interests in shifters and Tom Hiddleston and she has shown me the delight in cowboys. It is my pleasure to present an interview with this talented lady. END_OF_DOCUMENT_TOKEN_TO_BE_REPLACED

Some people don’t really know what love is. I feel very sad for them. I have loved men who have not loved me back. I wouldn’t trade that experience for much of anything because that started me writing. I love my husband, I love my children, I love my pets and my books and my music and my on-line friends – Well, you get the idea. My life is full of love because I went after it. END_OF_DOCUMENT_TOKEN_TO_BE_REPLACED

A few days ago I celebrated 19 years of marriage with the only man on this planet who is perfect for me. I am always amazed that we found each other. And terrified at how close I came to not getting to know him for a couple reasons. I would have missed the happiest and most interesting years of my life so far. END_OF_DOCUMENT_TOKEN_TO_BE_REPLACED

I am not referencing the 1956 Bob Hope movie http://www.imdb.com/title/tt0049841/?ref_=ttpl_pl_tt or the 1925 song written by George and Ira Gershwin and sung so beautifully by Ella Fitzgerald. http://www.metrolyrics.com/that-certain-feeling-lyrics-ella-fitzgerald.html?ModPagespeed=noscript I’m talking about the instant connection some couples feel the moment they meet.

Personally, I had a mild case of it when I met my husband, but if he had been unmarried, I might have let myself get into the experience. As it is, every time I see him, I get a feeling of gratitude that he picked me. In many Romance novels, the certainty of the feeling plays a role in the story.

I was lucky enough, as I think I wrote before, to hear author Brenda Novak speak at an RWA meeting not in November. I happened to have a copy of a book from her Whiskey Creek series, The Heart of Christmas. http://www.brendanovak.com/bookshelf/whiskey-creek-series/the-heart-of-christmas/ As an introduction to the Whiskey Creek gang, it’s not bad. I certainly will be finding the rest of the series for future enjoyment. But I imagine the story would touch me more if I had been familiar with the two Main Characters when they were secondaries in other novels. And that might be more than I could take, because this has me crying and laughing almost every other page. Ms. Novak brings together two of her people who have loved and lost and now think there is no right love for them in the world.

The story has one of the great openings of all time, and balances on instant attraction between Eve and Rex. Both end up doing things they usually wouldn’t do, because of that certain feeling. The feeling of certainty that being with this person is right.

The reader takes a while to realize why that attraction is there, that this person fulfills something vital that is missing in each of their lives. That staying away from each other, the policy their brains want to follow, is not an option according to their hearts. And that feeling.

My NaNo project, which I certainly should not have started when I did, also works on that certain feeling. Ash knows Romela is the one, the second he catches her scent. Being a shape shifter, he has better abilities of sight, smell, and hearing. Romela has been through some very bad times, and is trying to get her son back. She just doesn’t recognize Ash at first as the one true love of her life. But once they shift and get to know each other as jaguars, she gets it. She’s certain. But she can’t stop the journey she started, not yet.

Some readers have been puzzled by this instant connection between them, which means I haven’t done a good enough job yet of setting the stage and motivating the MCs. So I will be reading more books with that instant connection and spotting the way the author makes it clear. Should be fun!

On Scribophile, a member of the Romance group, Writers Who Love Romance, shared this video of Jennifer Lopez because David Gandy is also in the video. The song is titled First Love, because she wishes he had been her first love so there would not have been a second, third, or fourth love. Romela only had one other lover before Ash, but I think this still works as her theme song. https://www.youtube.com/watch?v=BfgoiYu9EUE Thanks for reading, I’ll be back on Sunday.